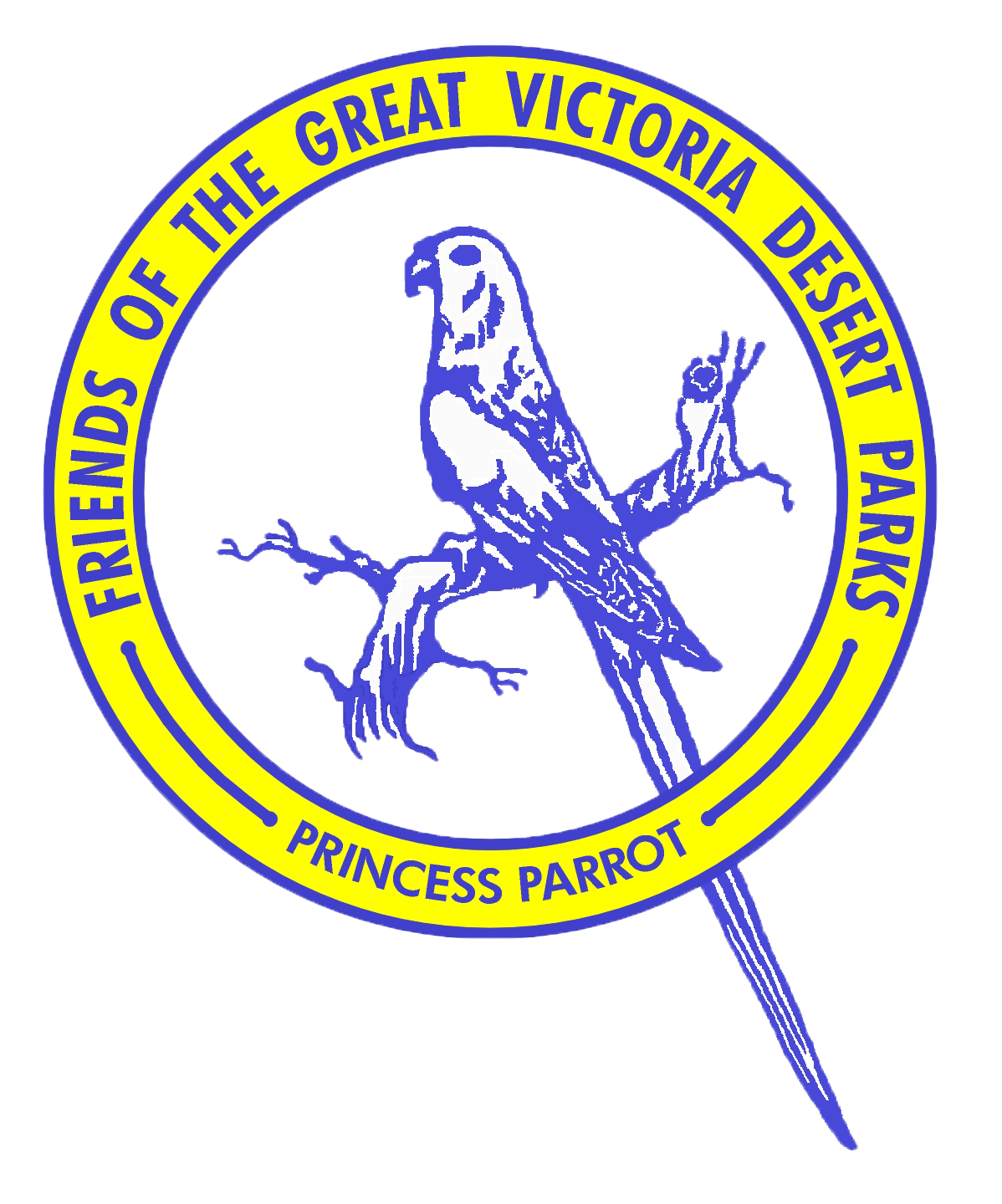 The Great Victoria Desert (GVD) is not in Victoria. It was named after a British queen by the explorer Ernest Giles in 1875.

The GVD is the largest dune desert in Australia, covering 350,000 square kilometres (35 million hectares). It straddles the South Australia / Western Australia border, stretching more than 700 kilometres from west to east. It experiences low rainfall which averages around 200 mm to 250 mm per year, but the rains vary greatly from year to year. The desert is surrounded by arid areas – the Gibson Desert to the north, the Tirari and Sturt’s Stony Desert to the east, the Nullarbor Plain to the south and Western Australian mallee scrub to the west. The GVD is very sparsely populated and it supports virtually no farming. It’s central area has never been grazed and is infested by few weed plants. Some recent mining exploration has taken place.

Dry as it is, the GVD includes some remarkably diverse areas. Its Mamungari Conservation Park is one of twelve World Biosphere Reserves in Australia. This means that, according to the United Nations Educational, Scientific and Cultural Organisation (UNESCO), the Mamungari park has both high biodiversity and legal protection from exploitation. In 2007, UNESCO had identified 529 biosphere reserves in 107 countries. Travellers familiar with the Simpson and other sandy Australian deserts will find a much greater diversity of plant life in the GVD. The trees are particularly spectacular – see our flora gallery.  For animals, the GVD is a vast corridor connecting the mallee areas of eastern and western Australia.

Aboriginal people have used the Great Victoria Desert area for at least 24,000 years. A number of Aboriginal groups in the GVD and surrounding central Australian areas form the ‘Western Desert Cultural Bloc’ which has a common base language and an agreed social structure of long standing. Extended usage of the GVD proper was generally restricted to post-rainfall periods and the groups moved frequently to take advantage of what the land had to offer. Highly specialised water finding, collecting and storage systems were developed. The development of tracks and the availability of vehicles and supplies have now allowed several permanent Aboriginal communities to be established in the desert.

Rainfall: Erratic and unpredictable. Thought to average 150 mm in the south to 200 mm in the north per year, but there are no weather stations within the desert proper. The summer rains are generally heaviest as they come from the intrusion of tropical systems from the north. Evaporation Rates, on the other hand, vary from 3 metres in the south to 4 in the north!

Temperatures: Daily maxima are from 30 to 45 degrees Celsius in the summer (15 to 25 in the winter). At night, the winter temperature can drop below zero as any field trip participant will tell you. Winter is nevertheless highly recommended as the season to travel.

Birds: 123 species have been recorded in the eastern GVD. See our Fauna web page.

Atomic Bomb Tests: Between 1953 and 1957, the British exploded nine atomic bombs in the GVD – two at Emu and seven at Maralinga. The largest was the 26.6 kiloton Taranaki test at Maralinga on 9 October 1957. Up to 600 additional ‘minor’ tests involved the explosive scattering of highly toxic ‘dirty’ materials like plutonium, uranium and beryllium. Several local Aboriginal families were severely affected by the tests and the true extent of the health problems associated with contamination over a much wider area is difficult to quantify. Service personnel who were deliberately exposed to the tests have died. Massive cleaup operations have been undertaken with varying degrees of success. The Friends have travelled to some of the ‘ground zero’ test markers during field trips, but overnight camping at theses sites is not recommended.

For more information, Mark Shephard’s excellent book, The Great Victoria Desert, is a mine of information on the Desert’s natural history, traditional Aboriginal usage, European exploration, atomic tests, tracks and more. Unfortunately, the book is now out of print, but you may be able to get it from your library. 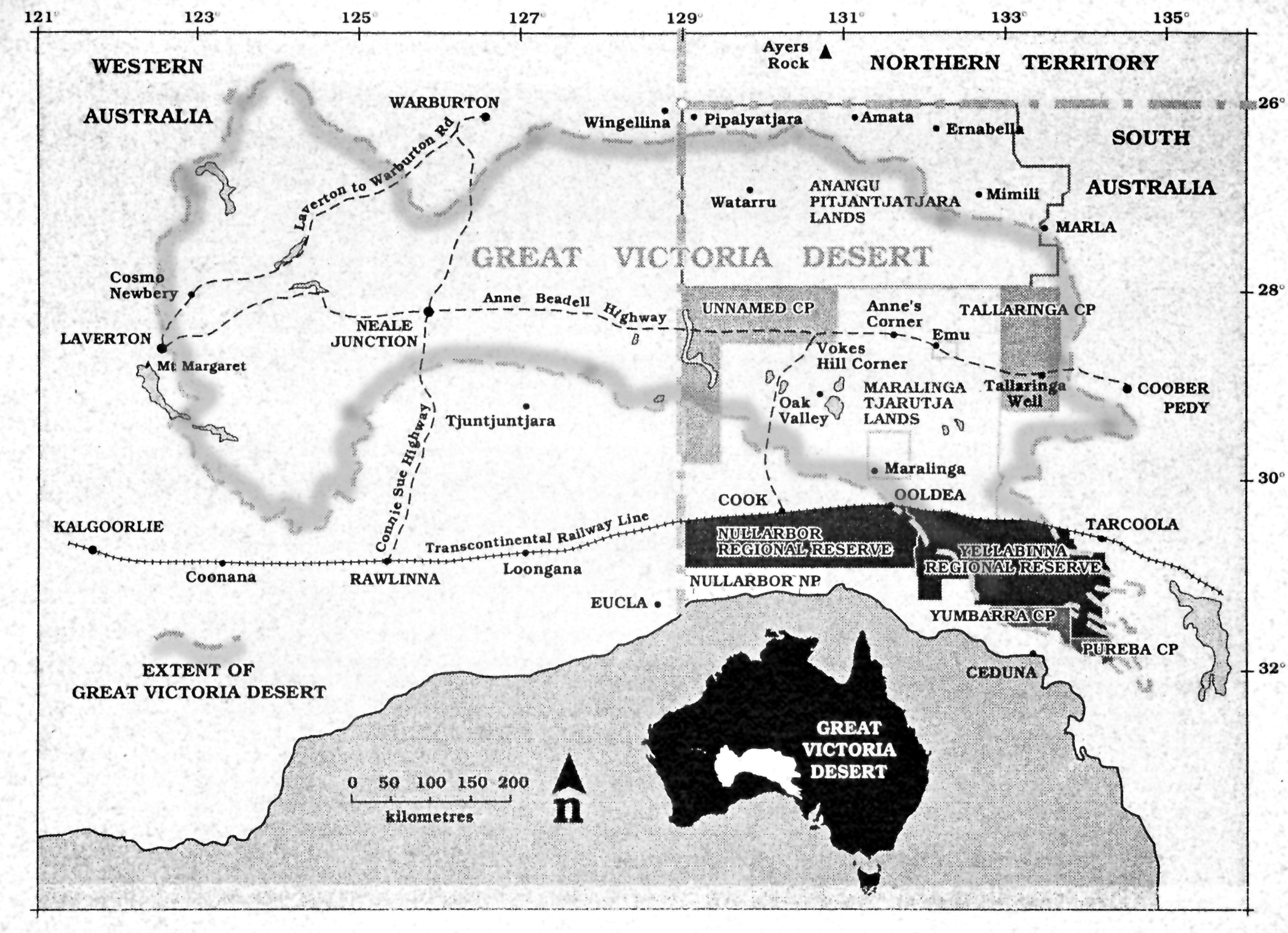 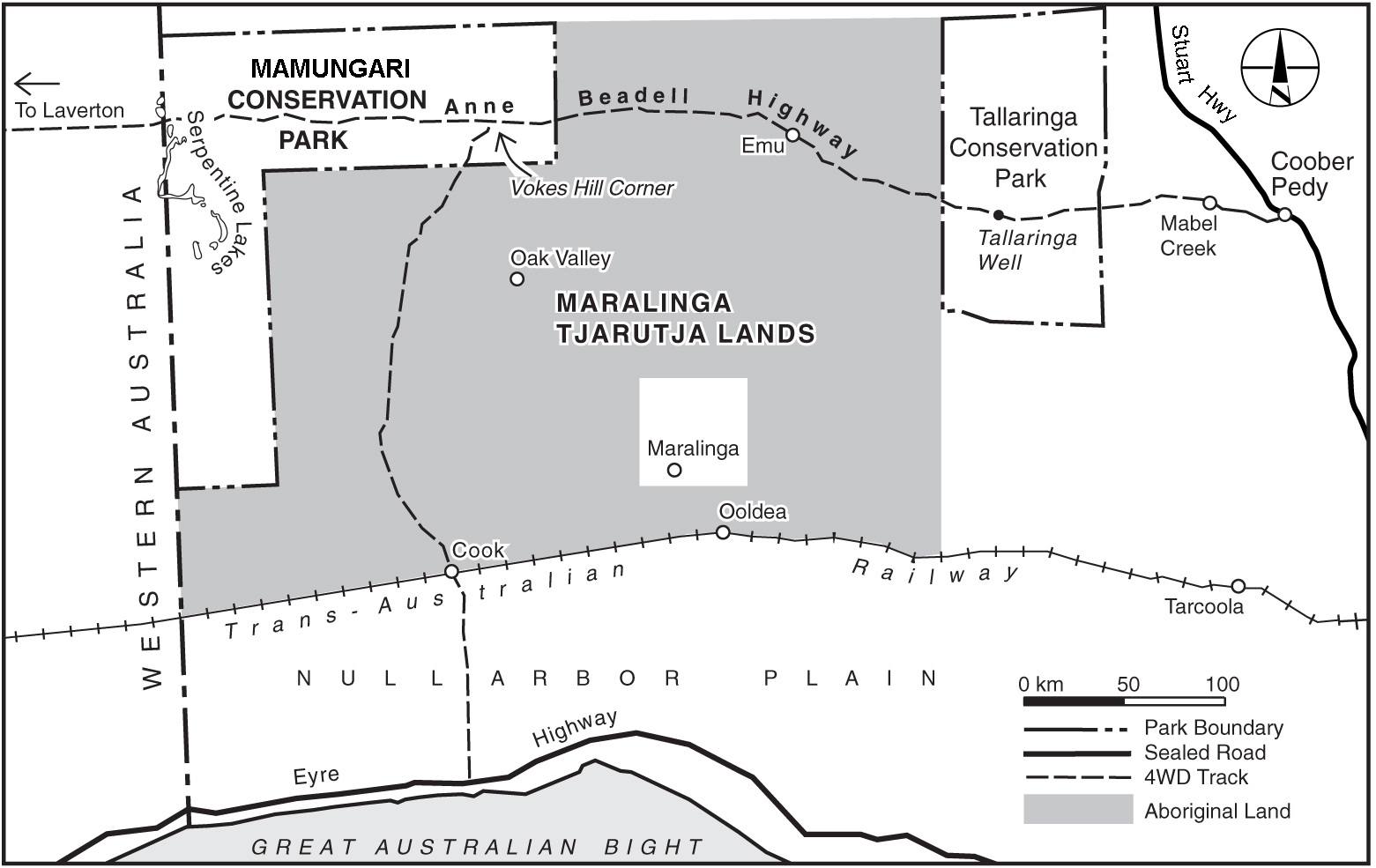 Map 2 – A more detailed map of the area and parks in which we work.

A trip to the Great Victoria Desert is not to be undertaken lightly. Please don’t try to get there using these rough maps. Travellers should buy good quality, up-to-date paper or digital maps.

Thorough vehicle preparation is essential. Several permits are required to cross the South Australian section of the desert. There are no services. Visitors and their vehicles must be properly prepared and carry sufficient equipment, and spares in case of emergencies. All food, water and fuel must be carried making allowance for high fuel usage, detours and delays. All vehicles should be fitted with a UHF radio. At least one vehicle within each group should be fitted with an HF radio or satellite telephone. Reduce tyre pressures and engage 4WD to prevent damage to both vehicles and desert tracks.

Information on travel permits, camping and safety in the Mamungari Conservation Park may be found here.

Most of the tracks within the GVD are not maintained.  They can be cut about and corrugated: 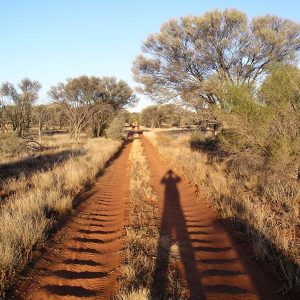